Short Stories With a Twist: Arcana by Edward Cooke 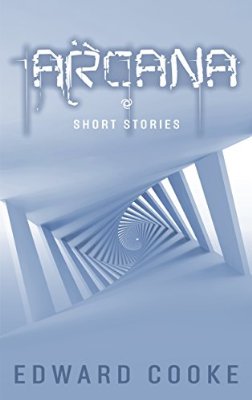 Opening this week’s theme is Arcana, a collection of 21 short stories by Edward Cooke, which you can read on your Kindle or computer for just £2! These are stories to make you think, and my favourite has to be “Insulating Roll”, which takes a wry look at sustainable living… We have a guest review this week from a mystery reviewer on Amazon:

“There’s an amazing variety in this collection, with settings and tones ranging from high fantasy, through fin de siècle and noir to sci-fi, though always with some kind of unique twist, as well as many distinctive voices.

If there is a theme running through the collection, it is a determination to look beyond the merely material world, to read between the lines of reality — a theme reflected in the storytelling, which demands an intelligent and attentive reader able to make the connections which the text itself approaches in clever, elliptical orbits.

What really stands out, though, is the language, with every story, no matter how short, having at least one gem of a well-turned phrase, image or sentence.”

What to Read Next

6 thoughts on “Short Stories With a Twist: Arcana by Edward Cooke”