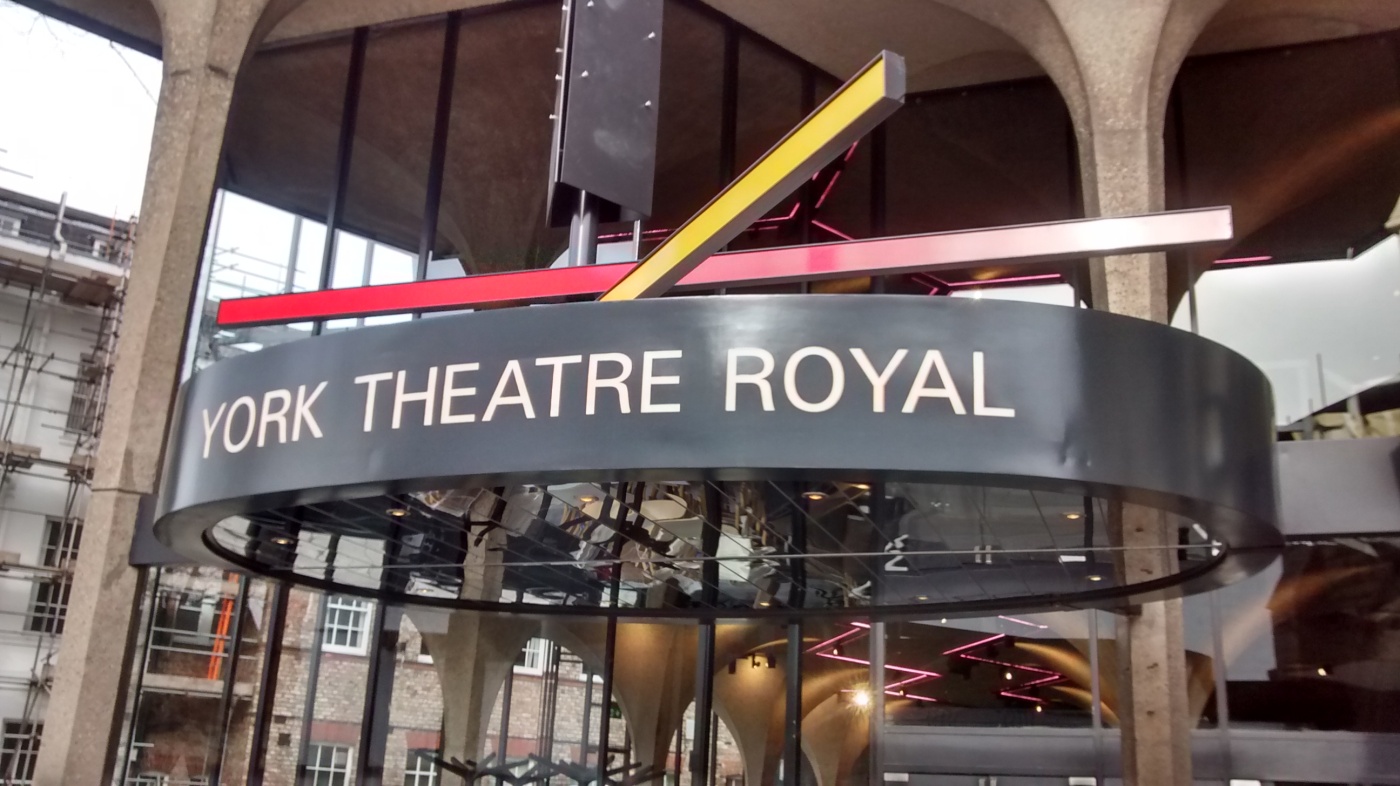 The York Theatre Royal is one of the oldest theatres in the country and has played a big part in my life in York, not least because of their willingness to put on professional quality community plays with a cast and choir of hundreds, which has built up a great community vibe. After a major refurbishment, the hoardings have just come down as it’s now less than two weeks before it will finally reopen its doors to the public for a world premiere adaptation of Brideshead Revisited (22nd to 30th April in York then touring, tickets available here).

Indeed, it has taken longer than expected because when the original stage was lifted, the remains of the medieval St Leonard’s Hospital were discovered beneath. Archaeologists had assumed that these had been destroyed when the theatre was originally built back in 1744 (and later additions), but having found them in good condition, they needed to be recorded and preserved for the future.

Yesterday, the newly formed York Theatre Royal choir got a sneak preview of the new theatre, with new seating, a much enlarged front of house area and the chance to sing a few songs from the last three community shows on the new flat stage. One choir member told me how the previous raked stage had proved rather challenging (arms windmilling, tap shoes flying…) while she was tap dancing in the Hot Mikado a few years ago! Her Marilyn Monroe moment will be less likely in the new set up. However, I’ll not spoil the surprise – you’ll have to come and see the inside of the theatre yourself!

To celebrate the reopening, this week I’m going to review a book for each production I’ve been involved with in one way or another. You may have already seen my most recent production, a murder mystery in the De Grey Rooms in March 2016 where we imagined what it might be like if it was Shakespeare (or a more recent body…) rather than a medieval hospital hidden beneath the theatre floorboards.

The Great Gatsby (The Fleeting Arms, December 2015): The fleeting pleasures of 1920s America were captured in a disused pub transformed into an immersive theatre experience.

In Fog and Falling Snow (National Railway Museum, June/July 2015): For this story of York’s railway heritage, I’ll be reviewing Hunter Davies’ biography of George Stephenson, which I’m proud to say was recommended to me by the man himself (well, OK, by his stage representation in full costume at least!) You can catch up on my stories from the show on my other site Treading Lightly.

Blood and Chocolate (2014): This was a promenade performance staged around the streets of York telling how York’s chocolate workers at Terry’s and Rowntrees were affected by the First World War, including special deliveries of chocolate to keep them going as gifts from the people back home. I’ll be reviewing my favourite book about this period of history which beautifully captures the changes caused by the war, the wonderful Flambards Quartet by KM Peyton and the new WWI exhibition at York Art Gallery which is on tour from the Imperial War Museum.

The Mystery Plays (2012, York Museum Gardens and May 2016, York Minster): This great York tradition has been performed in different places and in different ways, but the story is worth telling again and again. Having already written a book review about the greatest story ever told on Easter Sunday this year, I think it’s time for an author interview about a lesser-known mystery play cycle written by Ed Cooke and performed at the Leek Agricultural Show in July 2014.

3 thoughts on “On Stage: Books Inspired by York Theatre”